The development Jones has shown over the course of the season has been nothing short of impressive. The son of former NBA player Popeye Jones, Seth chose hockey as his path, and has been rewarded greatly. Jones was named captain of the USNTDP U18 team, and also lead the team to an IIHF World U18 Championship Gold Medal as a successful completion to his two years in the program.

Seth has an excellent grame and shows great ability to play physical. He forces opposing players outside with great maturity and battles like a warrior in the corners and along the walls. While being the son for a former NBA player you’d expect his size to be a huge vocal point, it’s Seth’s hockey sense that really impresses us. Jones really seems to read plays well and his vision is strong. He doesn’t panic with the puck and seems to make the right decision with it on a consistent basis. On the power play, Jones moves the puck very effectively and shows off a great point shot making him a threat in all three zones. We’ve also seen him unleash a wicked wrist shot that has a lot of power behind it. Jones is very likely going to be the first defenseman taken in the 2013 NHL Entry Draft, and has the potential to develop into a franchise defenceman. Seth had many NCAA options available to him, however when his WHL rights were transferred from Everett to the Portland Winterhawks, Seth made the decision to join them for the 2012-2013 season. 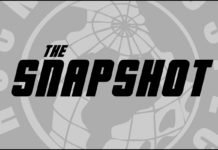