After having a breakout second half of season in the 2011-2012 season where he put his name on the radar for last year’s draft, Anthony Mantha impressed us again in 2012-2013, a season where he was the lone 50 goals scorer in the QMJHL. Fast forward to 2013/2014 and he just kept pouring it on. He scored 57 goals in 57 regular season games and added 24 goals in 24 playoff games. Mantha scored the game winner versus Baie Comeau in game 7 to help get his team the Master Card Memorial Cup.

The major strength of the big forward is his shot. Mantha can release from just about anywhere in the offensive zone and create a scoring chance with it. It is very hard, quickly released and he has an amazing accuracy with it. He is able to put pucks on net witch creates a rebound for teammates. He has mastered a variety of shots , scoring many goals with his slapshot or backhand, both are very accurate. You don’t score 50 goals without putting pucks on net and Mantha directs a lot of pucks to the net whether it is 5-on-5 or on the powerplay – he gets pucks through traffic.

Mantha uses his long reach well to get around players, get to the slot and play keep away with his opponents in tight spaces. He has good puck handling skills, but he is not the type of player that will try to get through players with slick one-on-one moves. He will use his puck handling skills and good skating abilities to cut in the slot, delay plays and change his angles before taking a shot. He is a really strong player on skates and we like seeing him use that frame to cut to the net and be aggressive.

We would like to see him throw the body more often as he would be even more effective by playing more physical along the walls. He has one of the strongest upper bodies you will find for a player of his age, but needs to make a habit of using it.

Anthony Mantha was one of the smartest players available last years draft. His shot is one of the reasons he gets so many goals, but his intelligence on the ice is also a huge factor.. He finds soft areas in the offensive zone very quickly and by doing so always makes himself a passing option for a teammate. He has a shoot first mentality, but is also a great passer and has shown some great playmaking qualities in many of our viewings. His hockey sense is also well displayed in the defensive zone, placing his stick in a perfect position to create turnovers when he pressures opponents, reads the play quickly and anticipates like few can. He always seems to be a step ahead of his opponents, even in the defensive zone.

As talented and smart as Mantha may be, one setback can be his work ethic. On some nights, Anthony Mantha will hit, back check, skate hard and win his 1-on-1 battles. However, there are occasions where Mantha will leave you wanting more as far as his effort level goes when he doesn’t have the puck. He can be seen ‘cheating’ defensively and flying his own zone early. He knows how to play well in his own zone, but doesn’t always do it. His speed is good but he could benefit by improving on his first few steps.

Mantha was drafted by the Detriot Red Wings 20th overall in the 2013 NHL Draft. His first game in the Memorial Cup will be versus the host, London Knights. 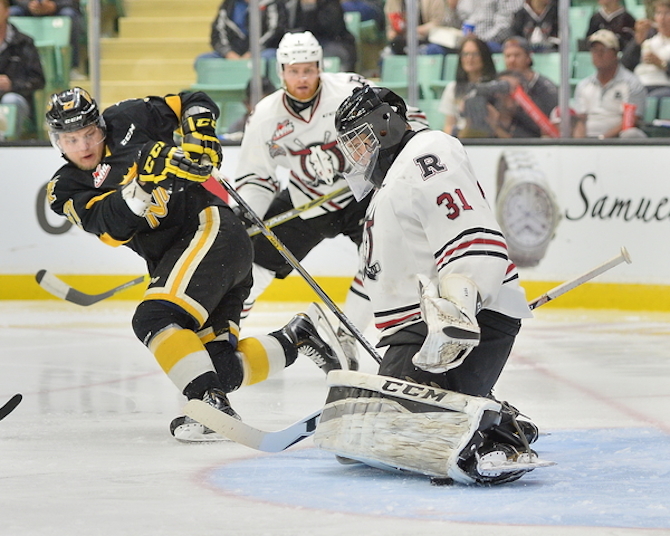 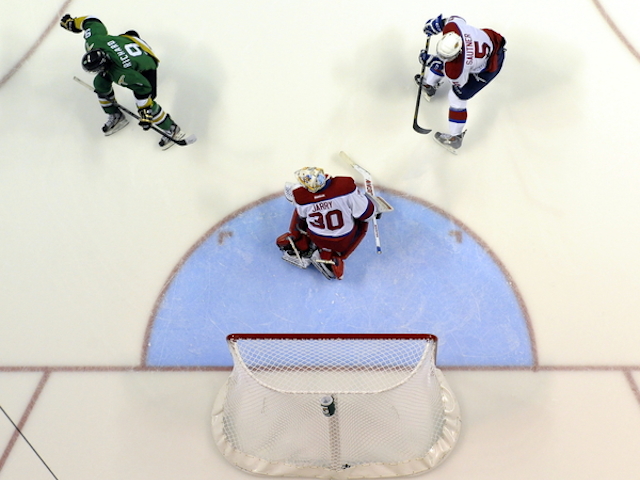 “Mark and his staff at Hockey Prospect have proven to be a reliable source for independent scouting reports for the OHL and NHL drafts. They’re also a very valuable resource for scouting reports on prospects eligible for the CHL Import Draft.”