RCK #52 F Labelle, Simon (2018) – Simon Labelle is a smart player with strong offensive upside. He takes the puck to the dirty areas in the offensive zone when he has possession and uses his body well positionally to protect the puck. He showed good strength at one point in the second period where a defenceman tried to outmuscle him to the perimeter. He kept his legs moving to skate the puck to the net and drew a penalty on the play. He has very strong playmaking skills, consistently making tape-to-tape no look passes and demonstrating strong vision on both on the rush and in the offensive zone. His pass-first mentality was evident in most occasions, and sometimes I’d like to see him shoot more. His defensive acumen is also very mature, as he skates and battles hard on the backcheck. For example, at one point in the third period he skated back and stripped Tyson Tomasini of the puck cleanly with a poke check, taking the puck the other way up the ice with a quick transition.

RCK #50 F Testa-Basi, Rocco (2018) – Testa-Basi played a strong two way game for Rockland. In the first period, he flipped the puck up the ice to himself in the neutral zone and used his speed to skate through two players to get to the puck and make a tape-to-tape pass in front for the scoring chance. He also played hard in his own end defensively, applying pressure to the puck carrier when the opportunity arose but maintaining a strong positional game. He can accelerate very quickly from the standing position and has a quick first few steps in his stride. He had multiple shots on net in the game from different angles, including a hard, accurate wrsitshot from the slot in the second period and a backhand scoring oppurtunity skating the puck in low. He can get the puck on net in creative ways, and doesn’t need to wind up for a wristshot to put the puck on net with force. He also saw time on the Penalty Kill for Rockland throughout the game.

RCK #47 F Labelle, Vincent (2018) – Vincent Labelle is a small player who moves incredibly well around the ice and possesses a high-end skillset. He can handle the puck at very high speeds and is arguably the most skilled OHL draft-eligible player in the Midget HEO AAA. In the first period, he maneuvred around a crowd in the middle of the slot in close quarters to get the shot on net. He demonstrated strong puck control and quick hands in small spaces and areas with little room. Overall, he played a smart game defensively, anticipating the play well in his own end and at one point backchecking at full speed to take away the passing lane.

RCK #53 F Boucher, Evan (2018) – Boucher played a sound two-way game for Rockland, and based on his skillset, appears as though he could take more of an offensive role on a team with less depth at forward. He takes the puck to the high percentage scoring areas in the offensive zone and exhibits good offensive awareness to find the open ice when he doesn’t have the puck. At one point in the second period, he skated hard to the net and poked a loose puck with his stick, dribbling it across the goal line for the second Rockland goal. He protects the puck well when he has it on his stick and is tough to play against given his large frame. He plays well positionally in his own end and saw a lot of time on the Penalty Kill throughout the game. He does a good job of using his frame to protect the puck and absorb hits. In the third period, he demonstrated his ability to hit by throwing an open ice check on a defenceman in the neutral zone. In the third period, he showed good offensive awareness to hit his linemate with a pass at high speed while crossing the blueline on the rush, a play which eventually led to another Rockland goal.

PEM #11 F Tomasini, Tyson (2018) – Tomasini had a quiet game for Pembroke, although his entire team struggled in this game. In the first period, he flashed his speed and quick acceleration, beating a defenseman to the outside coming in across the blueline and taking the puck hard to the net. He did a great job at one point of protecting the puck along the sideboards by using his quick hands and feet to lose the defender and maintain possession of the puck. On some occasions, he could have been stronger on the backcheck, as he was occasionally caught coasting back up the ice on odd-man rushes going the other way. 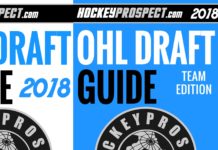 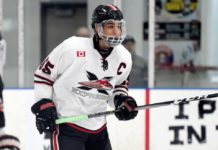 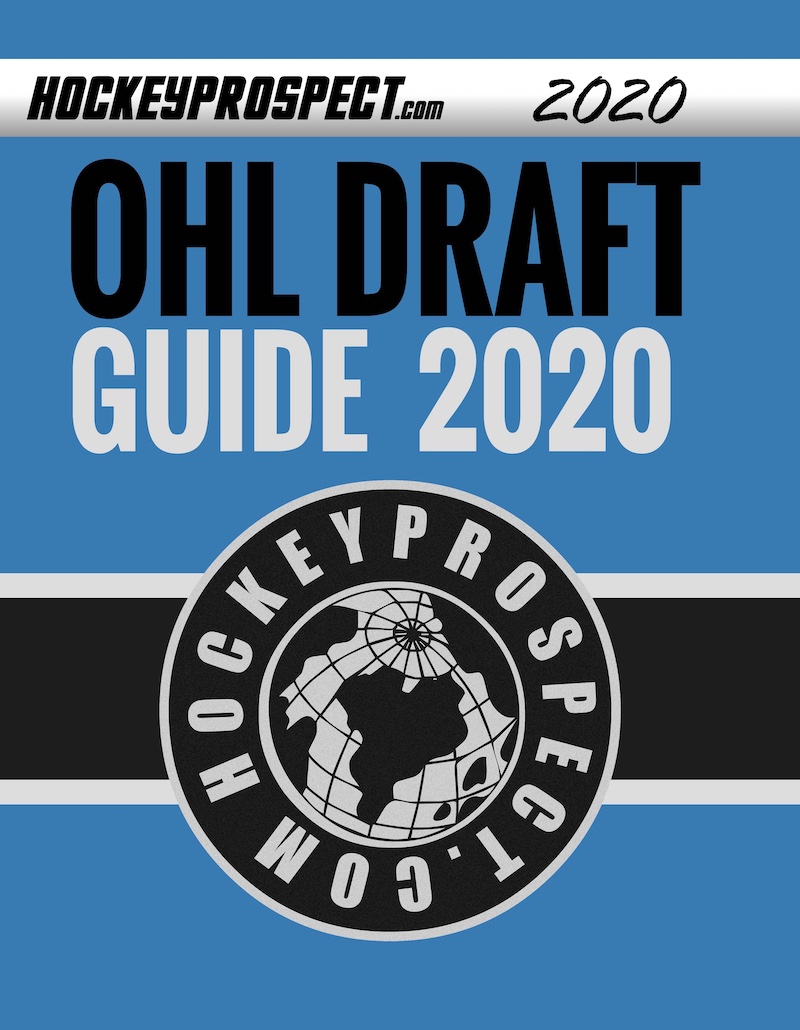 Hockey people, you want quality player information, check out HockeyProspect.com, its all there, I love it.

“I have known Mark Edwards for the past eight years. In a previous roles as Assistant General Manager & Assistant Coach with the London Knights and as Associate Coach with the Ottawa 67′s, I have consulted with Mark and his staff at HockeyProspect.com on a consistent basis. Mark has a… Read more ““Accurate””

For the draft, It’s a must. 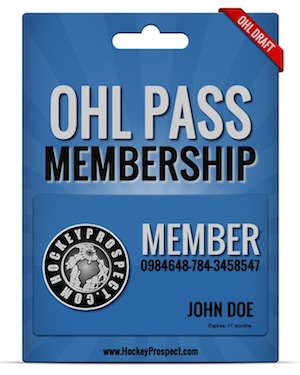