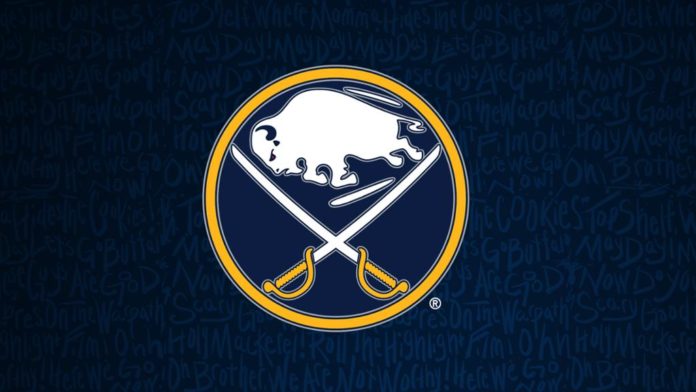 Over the weekend, the Buffalo Sabres hosted their fourth annual Prospects Challenge at the Harborcentre in Buffalo, NY. From Friday, Sept. 7, to Monday, Sept. 10, 2018, prospects of the New Jersey Devils, Boston Bruins, Pittsburgh Penguins and Sabres played against each other in an effort to prove why they deserve a spot on their prospective roster for the upcoming season.

Though this event is still fairly new, it’s featured a whole slew of talented prospects in the past, making it an enticing spot for fans and scouts alike. In its inaugural year, Jack Eichel made headlines as he skated in his Sabres jersey for the first time. Last year, the Devils boasted their first overall draft pick, Nico Hischier. But it was this year’s Challenge that drew the biggest crowds, having tickets sell out before the weekend even started. On Friday night, local fans got to see their beloved 2018 first overall draft pick, Rasmus Dahlin, as well as the highly touted Casey Mittelstadt, and recently acquired Tage Thompson. These three players are all first-round picks taken within the last three drafts, and they could all join the Sabres for the 2018-19 season.

Dahlin gave fans exactly what they wanted; two goals and an assist right off the hop.  Although he hasn’t played for a North American team yet, this weekend gave him a taste of what it’s going to be like moving forward. Having played in the Swedish Hockey League since 2016-17, he’s used to playing against guys who’re generally older than the ones he saw this weekend. “They’re really good here,” Dahlin told HockeyProspect.com after the Sabres’ final game on Monday. “They’re skilled players. Young guys usually have more pace in the games, so it’s a great experience to play against them too.”

The way Dahlin plays his game was noted by his teammates as well. “He makes it easier for everyone,” said Mittelstadt. “I think, though, if you watch, it speaks for itself. It looks like he’s not even trying. He’s floating past everyone, and so he’s definitely a special player. You got to see it in the first game. He was all over, making plays everywhere. It was super fun to watch.”

The pace of the game certainly changed when Dahlin got on the ice – he was constantly on the rush, creating space and making plays. “It’s a smart way to be – to go on the rush,” he told reporters in a scrum after his first game on Friday. “And no one really thinks that it’s going to happen.” Mittelstadt was a great addition to Dahlin’s avid for rush-ins, “if he wants me to join the rush; ‘yeah let’s go’,” Dahlin said. “We talk a lot and it works out.”

Mittelstadt, who was drafted by the Sabres in 2017 at No. 8 overall, has already played in six NHL games last season, scoring a goal and four assists. At the 2018 World Junior Championships, he scored four goals and seven assists in seven games for Team USA. That’s when he won the U20 WJC Best Forward award, Most Points (11) award, Most Valuable Player award, and Top 3 Player on Team award. He’s a goal-scoring all-star and that coupled with Dahlin’s knack for making plays, the Sabres are beginning to look like a team to be reckoned with in the near future.

Although this weekend was Mittelstadt’s first time playing alongside Dahlin, they clearly worked well together. “He’s so easy to play with,” Dahlin said of Mittelstadt. “He talks a lot and yeah, he’s a great guy to play with. He’s tough in the D-zone and skilled in the O-zone, so yeah, it’s fun to play with him.”

Will Mittelstadt Make This Year’s Roster?

That’s a good question because he only has two options now. Mittelstadt played for the University of Minnesota last year and since he’s already played in the NHL, he can’t go back to the NCAA. Interestingly, he had the option of playing for the University team a year early but turned it down to compete for a state championship with his high school. For some NHL team scouts, Mittelstadt’s decision to remain in high school during his draft eligible year was seen as a detriment to his development.

But considering everything he’s accomplished since then, Mittelstadt continues to turn heads everywhere he goes and that includes his performance at this year’s Prospects Challenge. “Today was good,” Mittelstadt told HockeyProspect.com’s Leah Dyck after his final game on Monday. “I got to see a few go in. I may have forced it a bit over the weekend but it was definitely fun to get back out and start playing again.”

Mittelstadt may be his own biggest critic but Jason Botterill, the Sabres’ General Manager was pleased with what he saw. “Maybe Casey was a little disappointed in some of his performance – that he wasn’t creating as much offense,” Botterill told media personnel in a scrum on Monday. “But I liked his compete, I liked his effort to at least try to find things out there. This hockey is sometimes difficult, there’s not a lot of structure to it. You’re not really looking for a lot of structure, you’re looking for guys battling. You’re looking for guys to bring passion to the game and I thought Casey did that… a big part of his game is creating offense, he did that today and hopefully, that just puts himself in a good spot for the main camp.”

Mittelstadt continues to be a key component in the Sabres’ rebuild and Head Coach Phil Housley can definitely use a guy with his skill set. “I think he likes that I like to play offense,” Mittelstadt said when asked what he thinks Housley’s favorite thing about him is. “He seems to like the guys who get up in the play and make plays with the puck and are pretty creative, so that’s usually what I do best and I’m going to try to keep doing it under him.”

All signs point to Mittelstadt not just playing in the 2018-19 preseason but also having a stellar performance while he’s there. If Dahlin ends up playing a full season, and Mittelstadt makes the roster, and Thompson dazzles like a true gem, the Sabres might just turn over a new leaf that not even the most optimistic fans were expecting.

“Mark Edwards and the group at Hockey Prospect has provided the Ottawa 67’s with an honest independent opinion on players for the OHL and Import Drafts.  Hockey Prospect is a professional well informed group that provides a great service to our team. We recommend them to your organization.”